I started making digital scrapbooks in 2016, creating a month by month look back on the previous year. I did it again in 2017. Now I’m back with a digital look at my 2018. It was a pretty awesome year. And I know the list of who actually cares about what I did in 2018 is small. If you accidently stumbled upon this, let me recommend my collections of slime, no-carve pumpkins or Christmas ornaments to you. They’re awesome. Just like my 2018 was awesome. It’s just that slime, pumpkins and ornaments have more universal appeal…

January is a notoriously boring month for me when it comes to my blog. It’s my slowest month when it comes to blog traffic and it’s the month that I owe the most people the most money. Basically, January sucks. This January started off with a (pretty terrible) bang when a long term paid contract was discontinued without any warning. That started a ripple effect that continued throughout the year and took a few interesting twists and turns. We’ll get to that a little down the road… 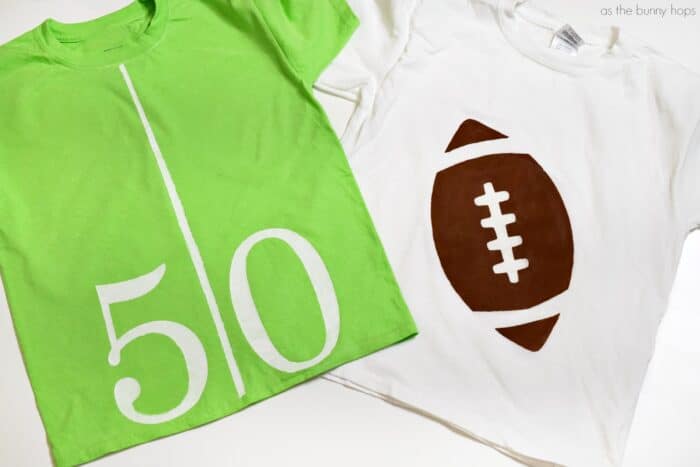 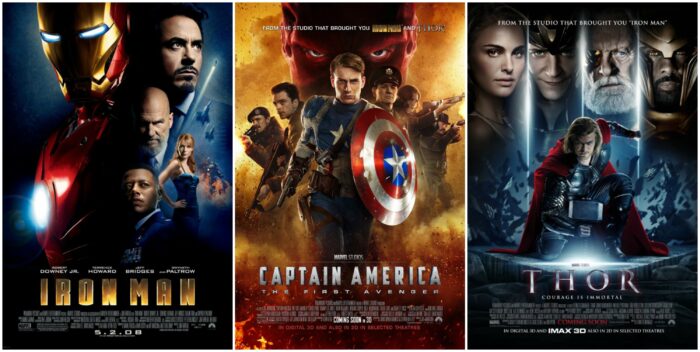 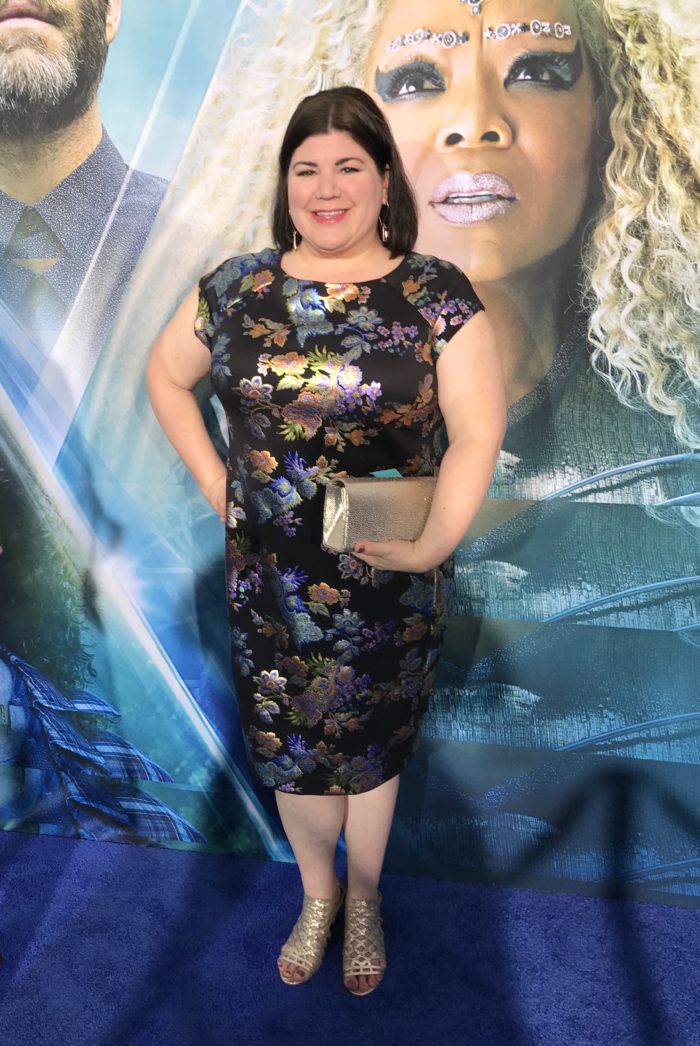 February was a ton better than January. Mostly because I had the chance to visit LA and meet Oprah at the A Wrinkle In Time premiere. I also told Mindy Kaling that The Mindy Project was my favorite tv show and I made Ava DuVernay cry during our interview. 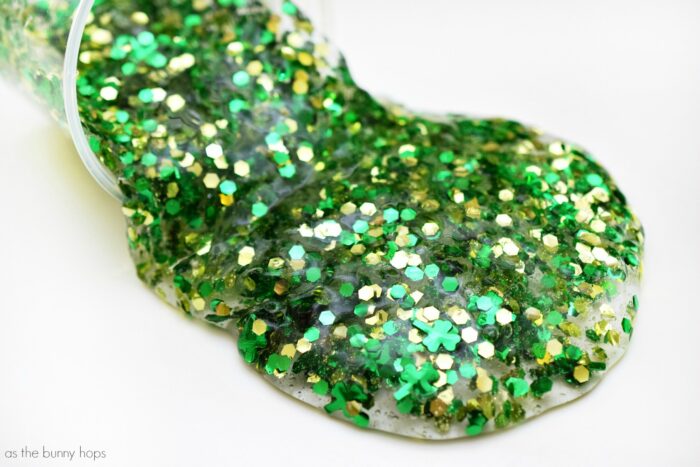 I have no idea why my Shamrock Slime became a thing, but I really hope it keeps up again for 2019. 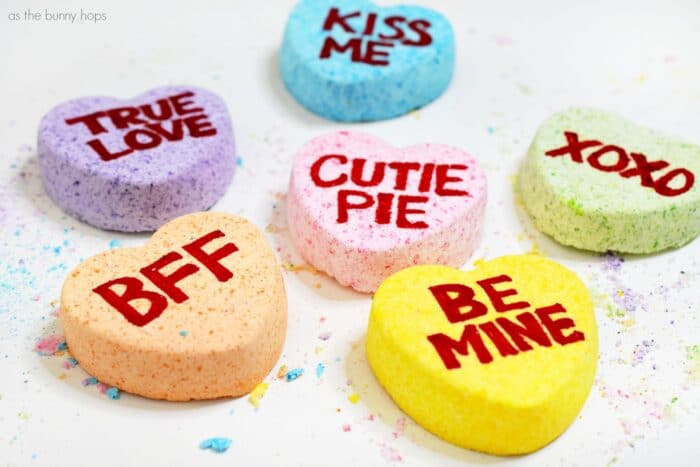 This is one of those projects that has banged around in the back of my mind for years and I finally made happen in 2018. Here’s to not letting projects collect dust in my head in 2019!

March didn’t include any travel, but it did include a devoted obsession to my Countdown to Infinity War. This technically started in January, but we didn’t get to the really good stuff until March. Tessa and I also hosted an amazingly epic Twitter Party for the movie where we handed out over $750 in prizes! We knew by the end of the month that we were headed to LA for the Infinity War premiere in April, which was also pretty dope. And by “pretty dope” I mean I was freaking the freak out. 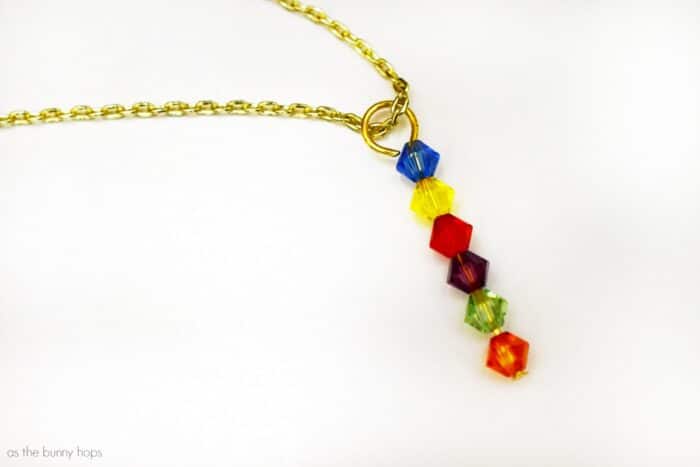 The necklaces were also my gift for everyone at the Infinity War event. 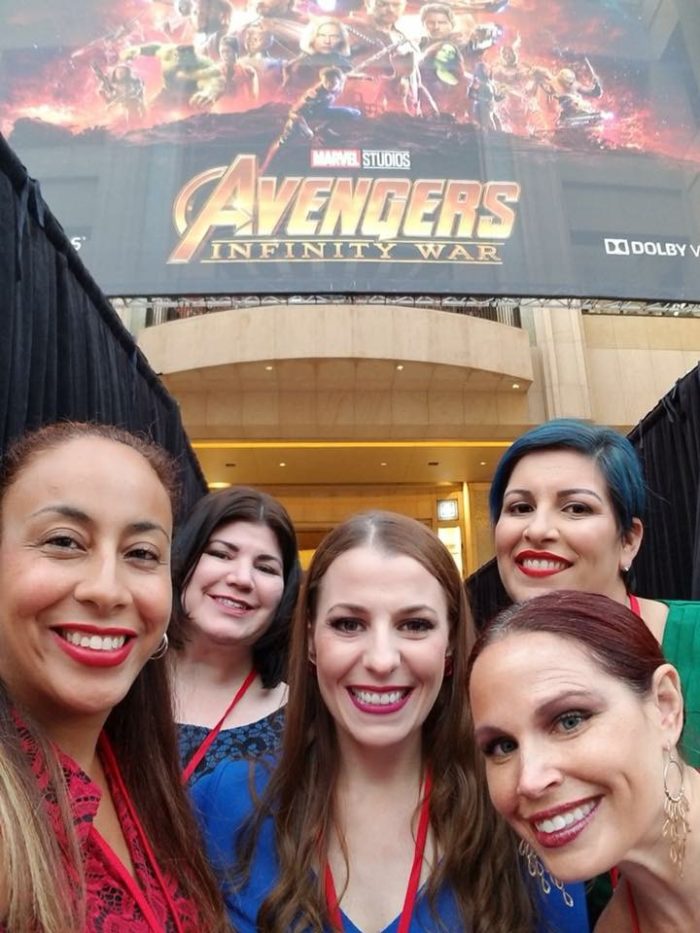 I hit the west coast twice in April. The first trip was a visit to San Diego where I embarrassed myself making an award-winning and over the top music video for a car company. The Avengers: Infinity War premiere had me back in LA, sitting front row center in the Dolby theatre. That put me just inches away from the entire cast when they walked off stage and allowed me to have a brief moment with Robert Downey, Jr. telling me to move over so that Vin Diesel could have a seat. Ah, these are the moments I live for. 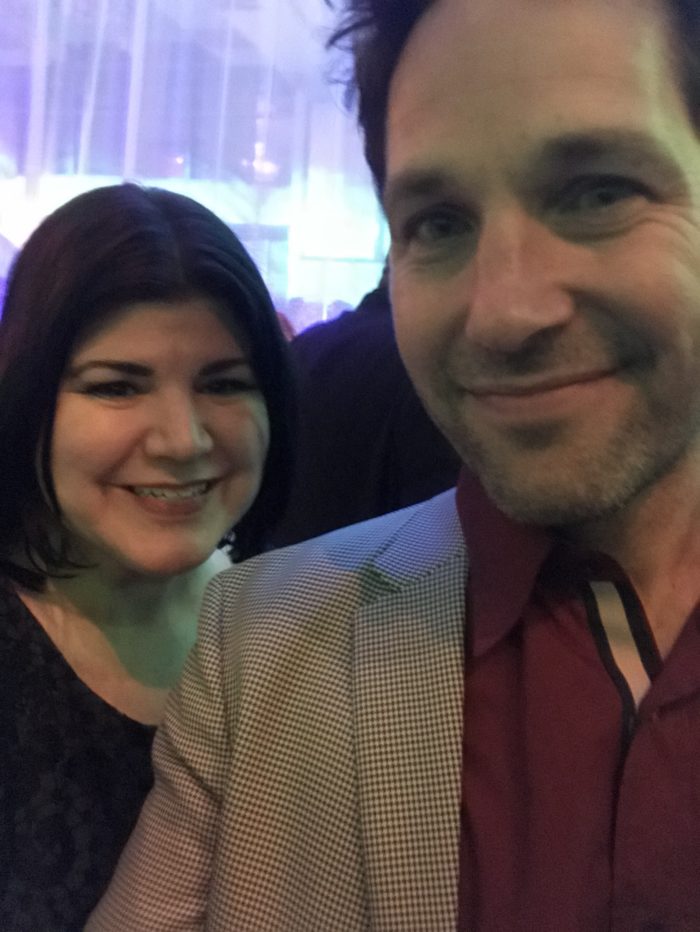 I also got a selfie with Paul Rudd, which ended up becoming this whole thing. Which, of course, makes it one of my all-time most favorite pictures. 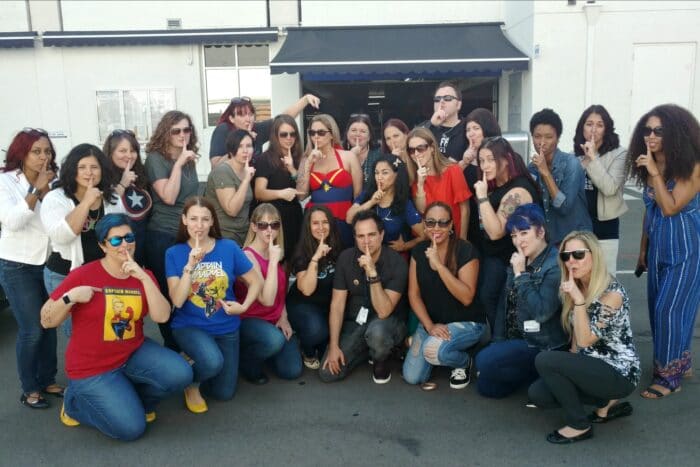 Oh, and while we’re talking about April… In April we visited the set of Captain Marvel. I still can’t talk about the details other than telling you I was there. There’s more to come in 2019!

PS: I failed HARD at this challenge. SO HARD. 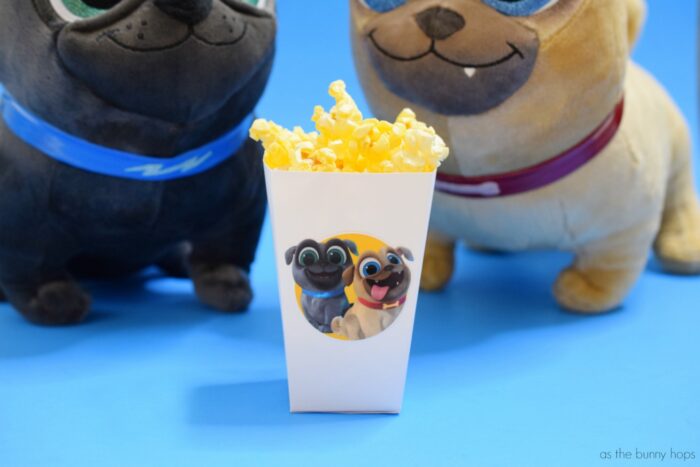 I do love making a themed popcorn box. 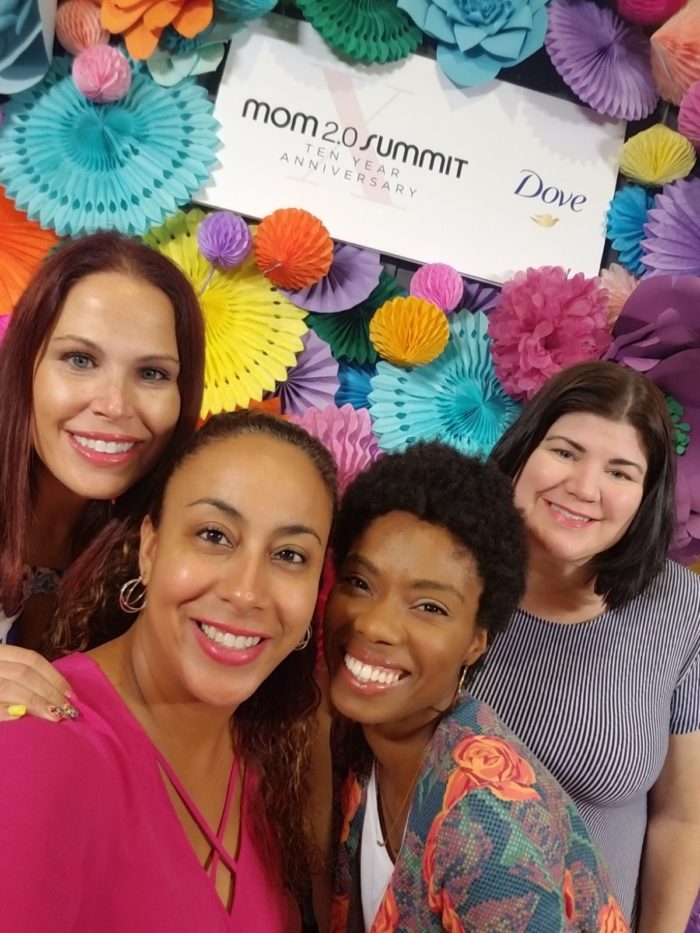 I didn’t head to LA for any movie events in May, but I did head to Pasadena for the Mom 2.0 Summit. It’s one of my favorite places to hang out with good friends. Oh, and network. I suppose since it’s a conference I should mention sessions and networking, right? 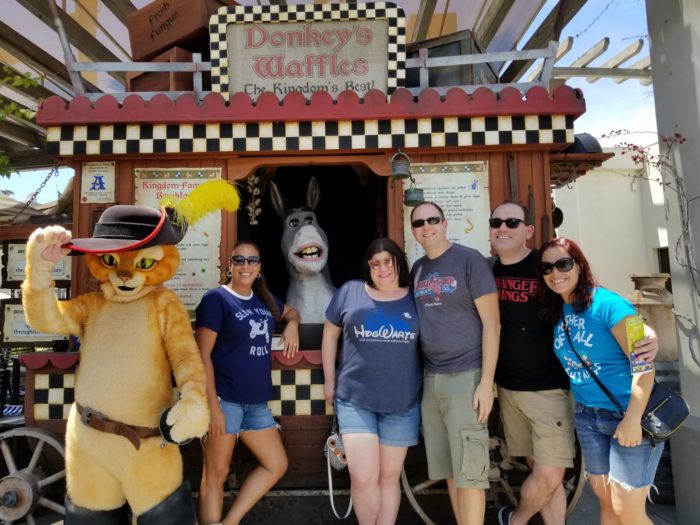 It’s also become a tradition to add an extra day to the end of Mom 2 for something fun. This time it was a trip to Universal Studios Hollywood.

My top post in May: Four Weight Watchers Snacks For Four Points Or Less 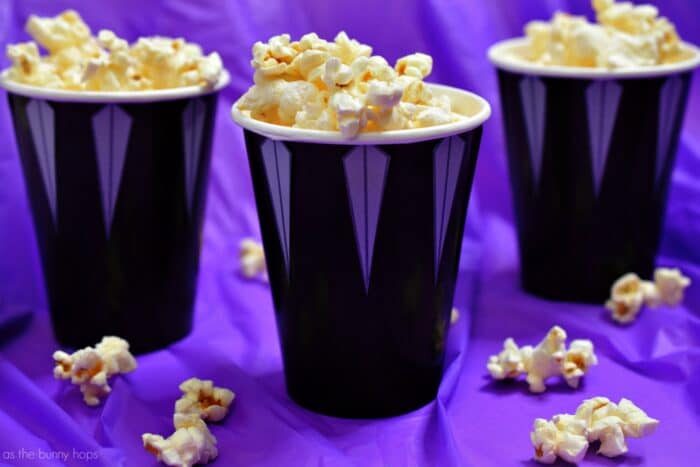 My favorite post in May: Black Panther Snack Cups

Don’t @ me about my about my obsession with creating themed popcorn containers. They’re cute. 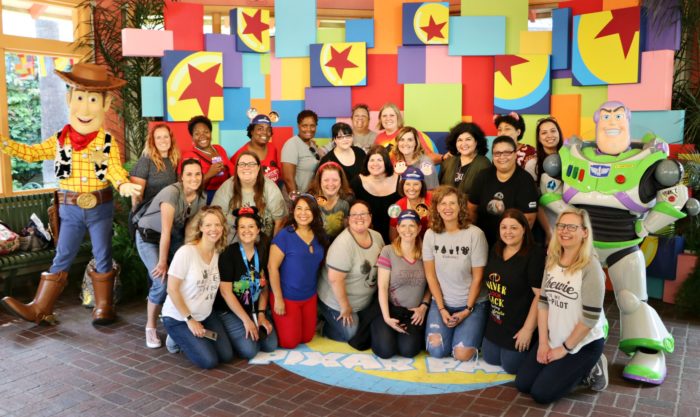 June ended up having my only trip to a Disney park in 2018 when we visited Disneyland to celebrate Pixar Fest during the Incredibles 2 Event. Pixar Fest was a blast, and we had the best guide ever to escort us around the two parks. 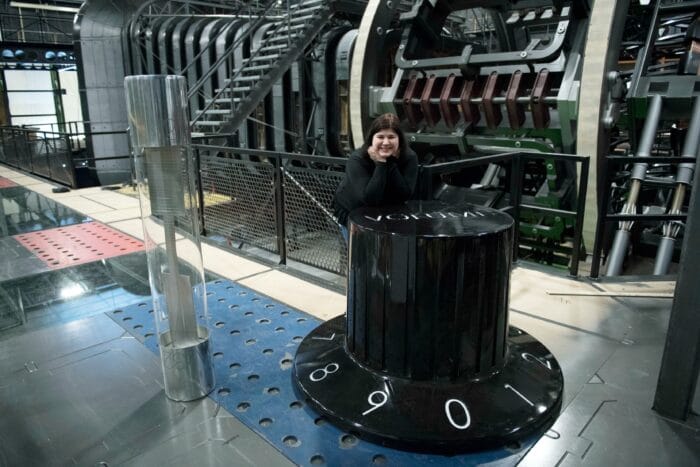 June finished up with me heading back to LA for the Ant-Man and the Wasp event. (Which was preceded by finally getting to share all of the interviews from when I visited the set in October of 2017.)

Oh, you people and your healthy snacks…

Fun fact: I was trying to make slime and it turned into Play Doh by mistake. Oops!

Oh, July was boring. I went nowhere and did pretty much nothing exciting. They can’t all be winners, right? 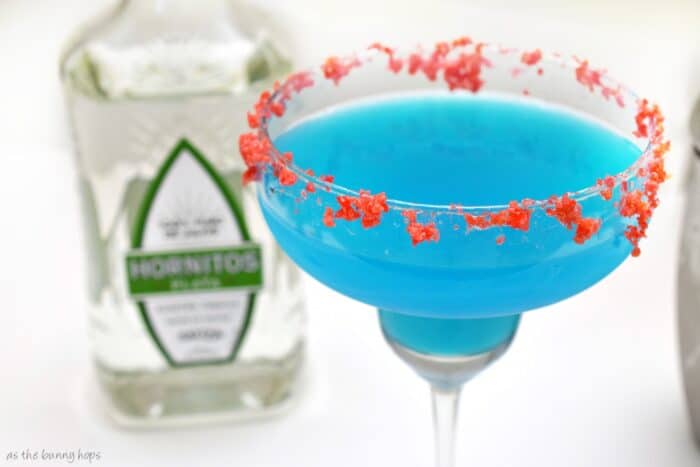 This is what happens when you take an old post and create a fancy new pin for it. 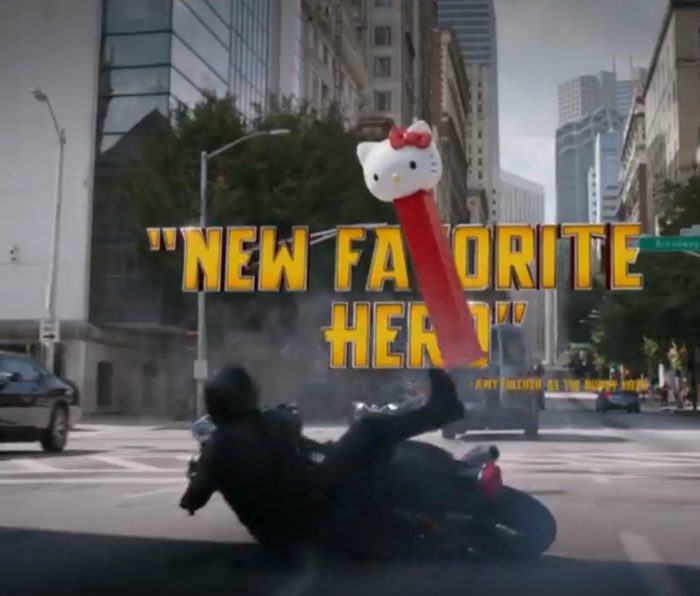 I got my second ever pull quote! I was named in a Marvel ad! I guess something exciting DID happen in July! 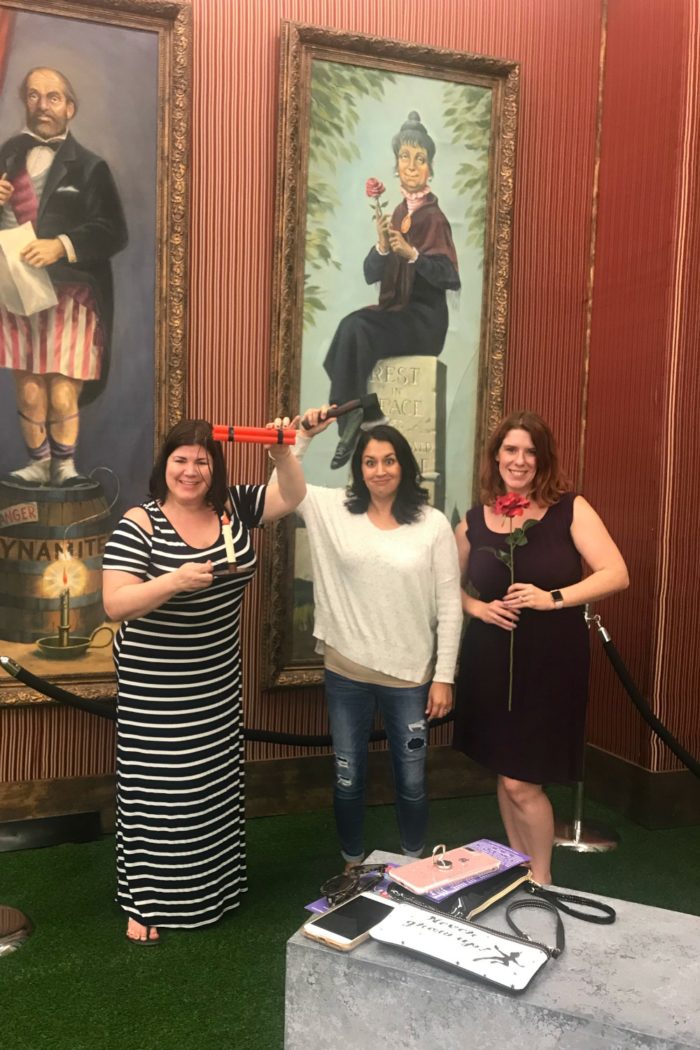 August was jam packed with fun stuff. My friend Leanette asked if I wanted to head back to LA to cover the Dog Days premiere for her. I managed to twist a few arms and talk my friends into visiting the “That’s From Disneyland!” exhibit for the opportunity to nerd out around a ton of Disneyland memorabilia. 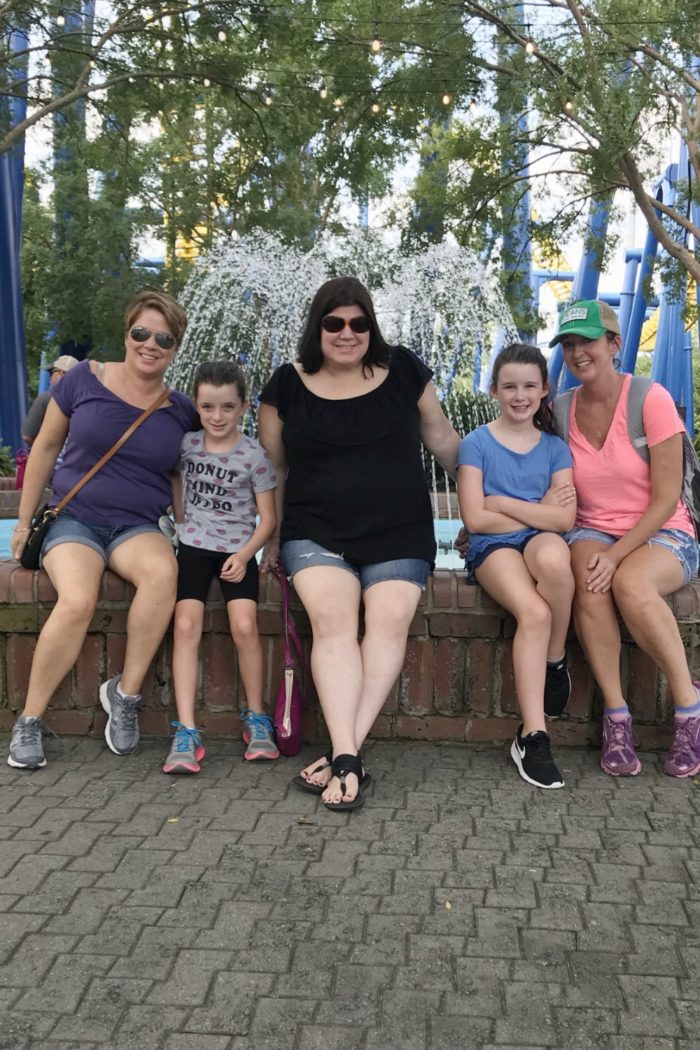 So remember how back in January I mentioned losing a long term contract gig? Well, I spent the following months trying to keep all of my financial ducks in a row with just blogging gigs, and I realized that wasn’t going to work. I dipped my toes into the job hunt pool, assuming that it would be impossible for me to find the perfect job that allowed me to travel as much as I wanted, work from home, and keep this blog as a first priority. Luckily I was wrong. Unicorn jobs do exist! In August I started work as the Influencer Management Coordinator at Sway Group. It’s from home, it’s part time, and I am part of a pretty awesome team.

Oh, hai there sugar wax recipe. This post is a long running top post, but here we are all the way in August with sugar wax making its first (and only!) appearance of 2018. 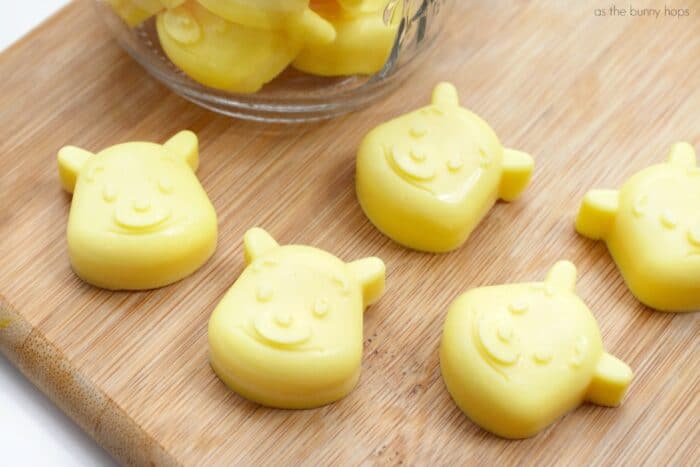 My favorite post in August: Winnie the Pooh Soaps

Confession: I wanted to buy this Winnie the Pooh mold and I wanted to be able to write it off as a work expense. So this is how that ended up happening.

September was another quiet month for me, with one little change. Remember how I talked about dipping my toe into the job pool back in August? I got another offer that was too flexible to refuse! Now I do a little data annotation in my spare time for an app startup. I’ve been a little afraid of making myself too busy, but things have worked out really well! 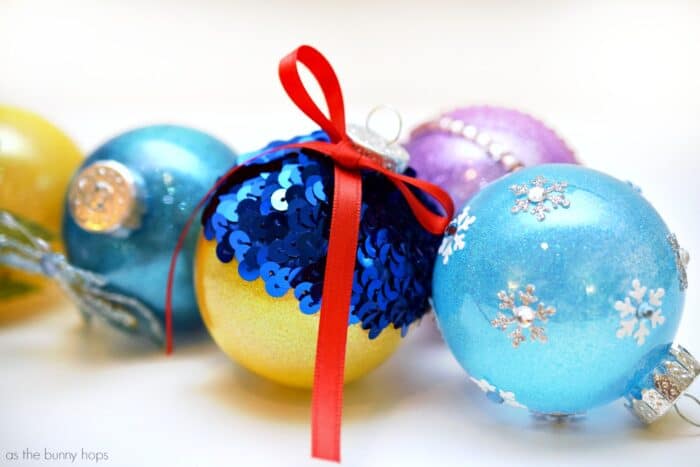 Ah, I love it when it’s ornament season!

In September I discovered that you can buy cheap purses from China and turn them into the expensive purse you wanted from Walt Disney World. Who knew?

There weren’t any exciting trips or events during October, which suited me well enough considering I had grand pumpkin schemes all month long. I made so. many. pumpkins.

My friends started a new adventure with The Geekly Show, and I stopped by with a Fortnite pumpkin challenge.

So even though I hit the pumpkin making hard, people wanted to make Christmas ornaments first. Go figure. 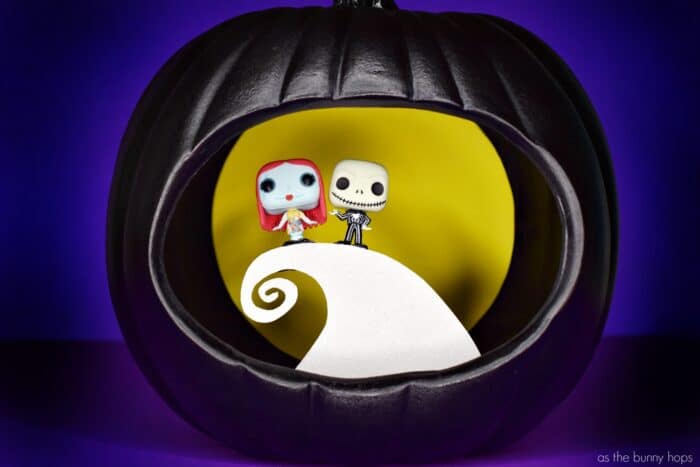 This was the very last pumpkin I made for the month, and honestly, I almost didn’t make it. I’m super glad I did, though. It’s my new favorite.

It’s a good thing I don’t do any Thanksgiving crafts to speak of. I was way too busy in November to make anything. 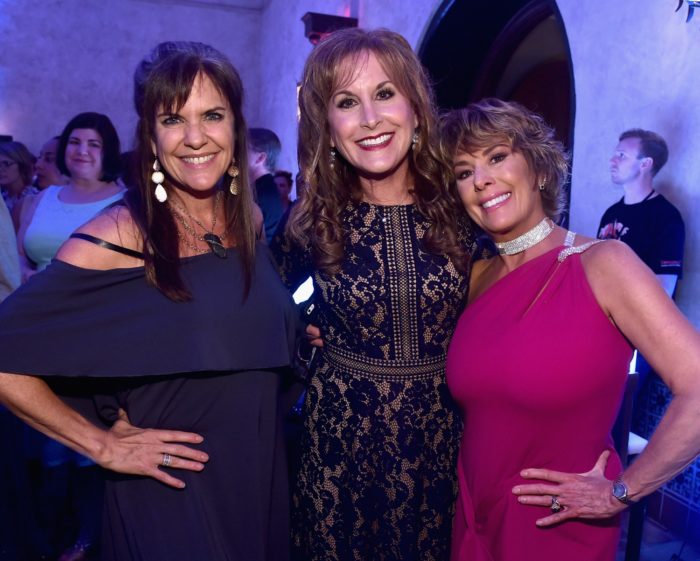 I started the month in LA for the Ralph Breaks The Internet premiere. While there, I photobombed a princess meetup. (That’s Cinderella, Ariel and Belle in case you don’t recognize them in non-animated form.) Despite the fact that I look like I’m posing, I swear I didn’t know this photo was taking place.

I also helped the girls of The Geekly Show participate in a Ralph Breaks The Internet-inspired craft challenge. 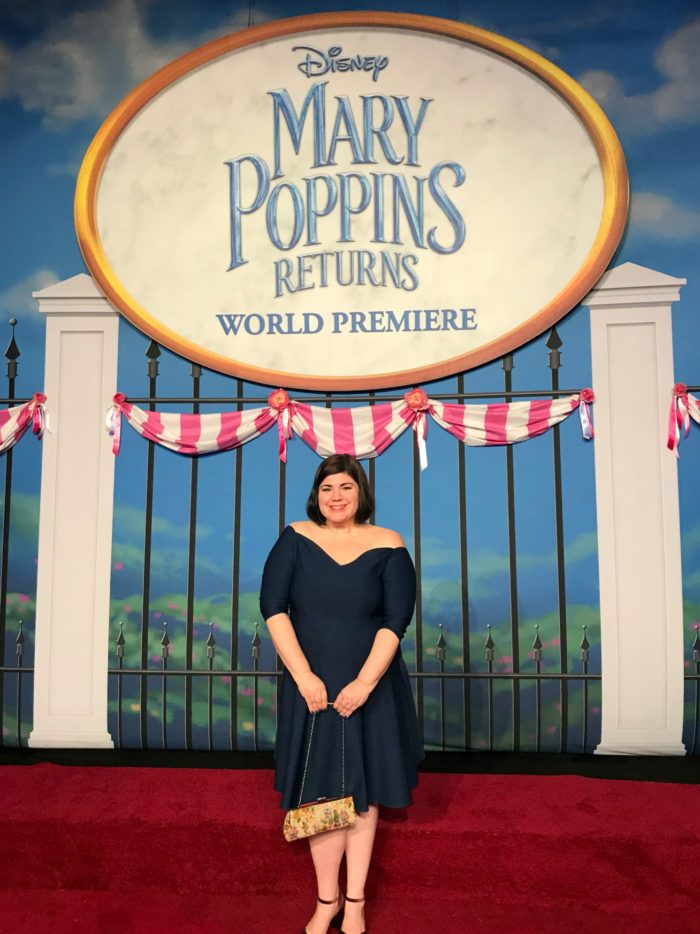 I ended my November in LA at the premiere for Mary Poppins Returns. That included being just three feet away from Dick Van Dyke walking into the theater to a standing ovation. Seriously, one of the highlights of my entire life.

Oh, and November had one more thing happen that I can’t actually talk about just yet…but stay tuned… 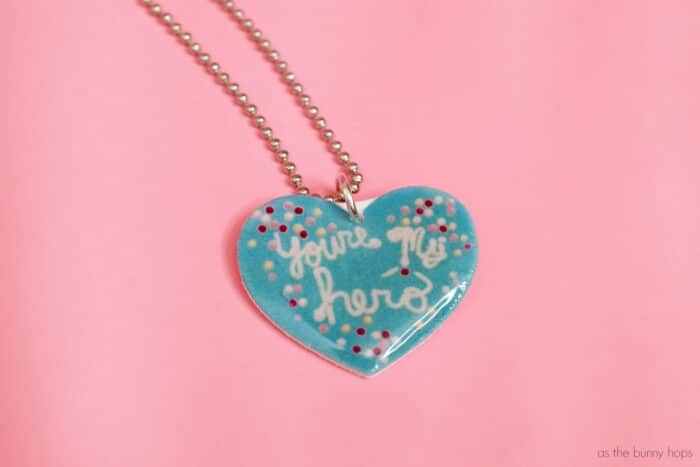 My favorite post in November: You’re My Hero Charms

I actually started my last month of the year in LA, visiting Universal Studios Hollywood to check out Grinchmas and Christmas In The Wizarding World Of Harry Potter. It was perfect timing, with the invitation taking place the day after the Mary Poppins Returns event ended. 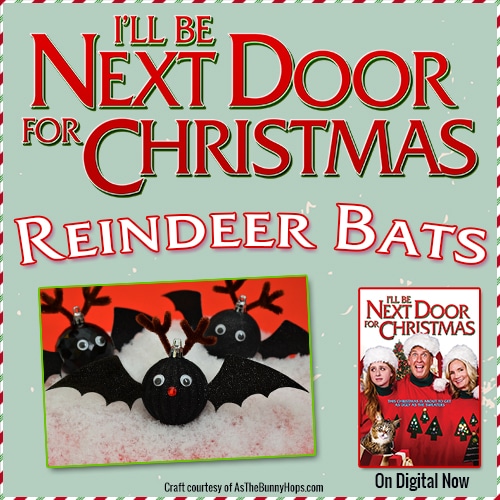 Movie crafting is pretty much my favorite thing, so I was thrilled to make these Reindeer Bats as an official craft for I’ll Be Next Door for Christmas in December.

The month also included a lot of Disney ornament crafting, although not nearly enough. I already have three posts ready to go for next year because I ran out of time before this Christmas arrived. Oops!

Of course it was. 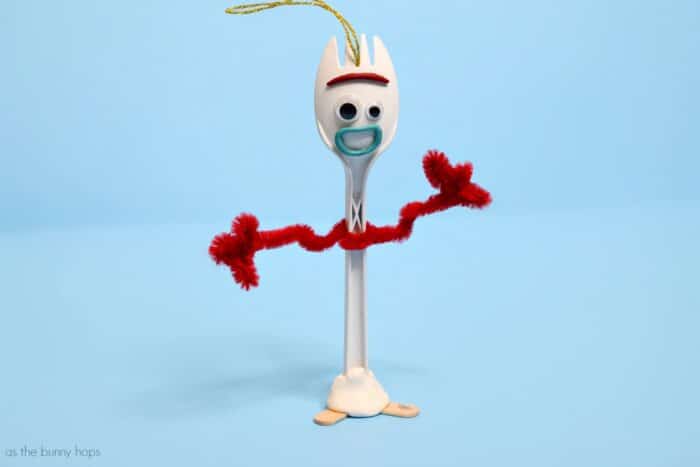 Finding a spork is harder than you might think…

I get asked where I’m headed next a lot. I usually can’t answer. That’s because my travels are typically planned less than a month in advance. That’s not the case for 2019. I already have trips to Rhode Island, New Orleans, Austin and Burbank on the books. Three of those four are pure vacation travel, something I haven’t done in ages. I’ll be sure to tell you all about them in my digital scrapbook for 2019!

Oh, and I almost forgot about Avengers: Endgame. We’re counting down to that, too. But we’re not starting until we get to Black Panther. None of us want to live tweet Thor: The Dark World again….