Thank you to Disney and Pixar Studios for hosting me during the #PixarCocoEvent. 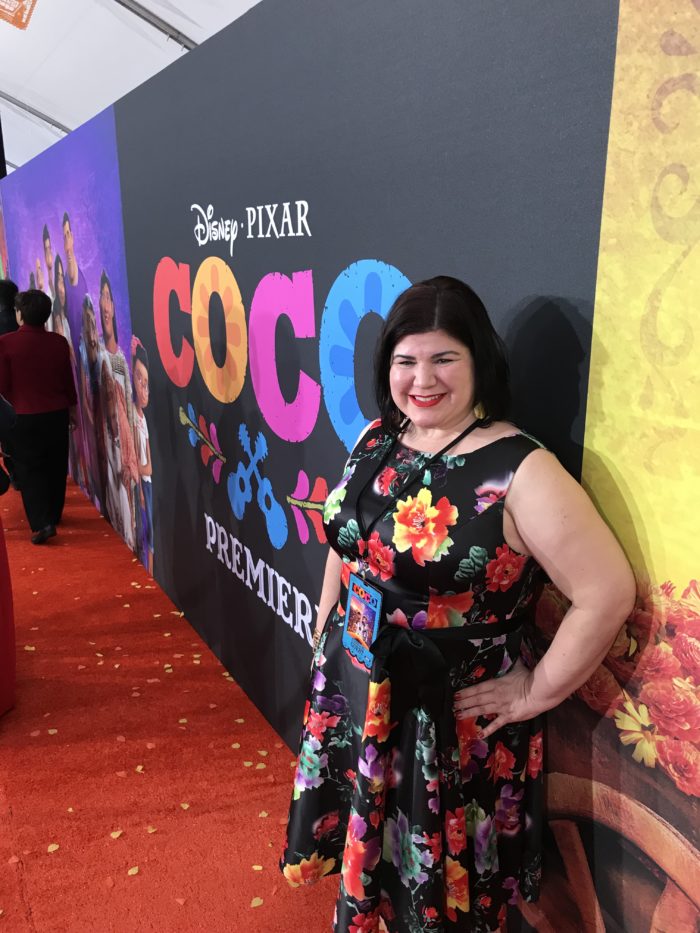 Last week I walked the “marigold” carpet at the premiere of Pixar’s Coco. It was my sixth (OMG, SIXTH!) time at a movie premiere, and I can tell you that they don’t get any less magical with more experience! 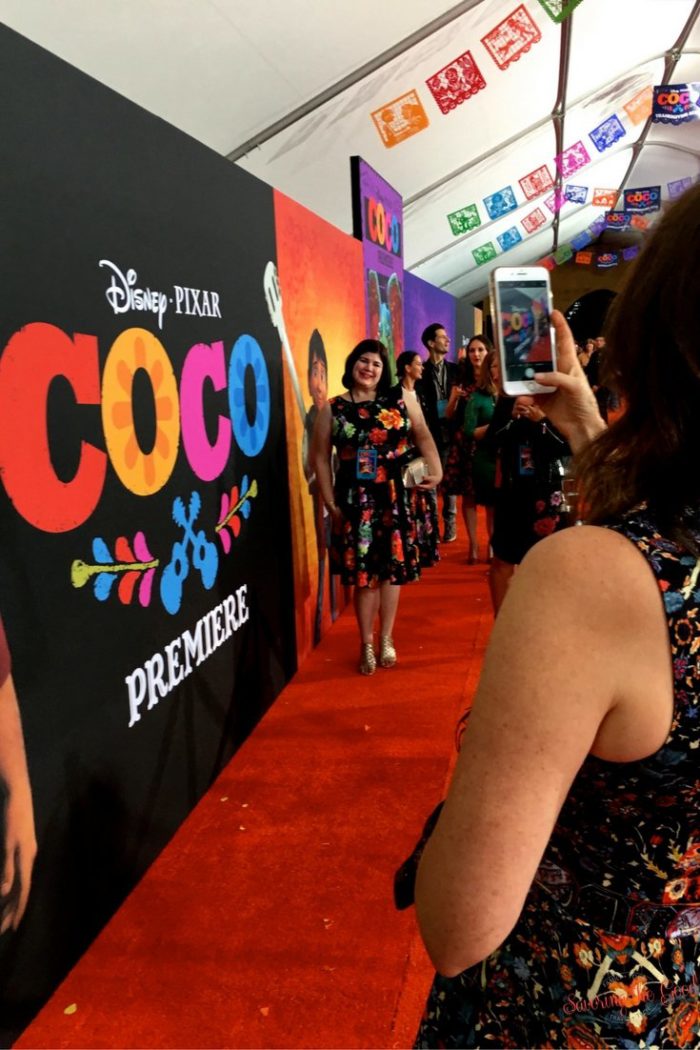 Shout out to my photo buddies Kate and Sarah who made sure I photographic evidence of the night. Because I 100% will go to an event without taking a single photo unless someone reminds me to do it. 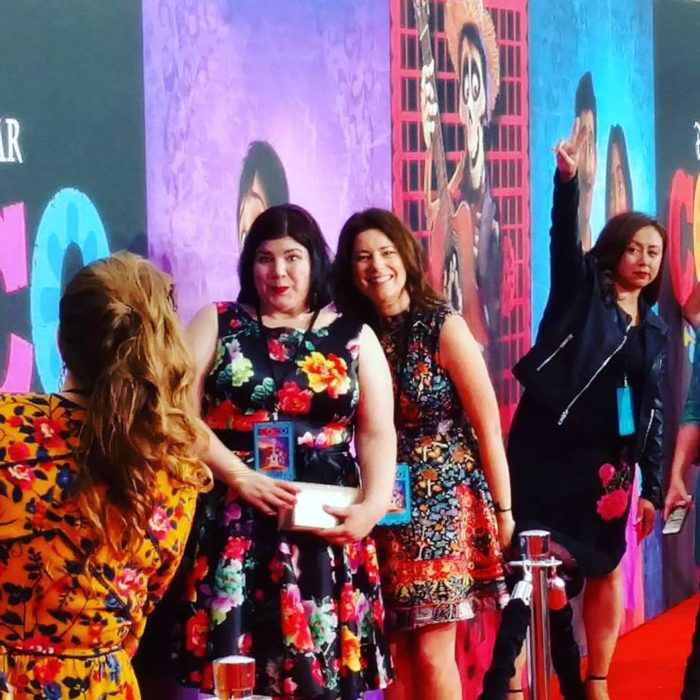 And shout out to our fearless leader Marshall who captured my favorite photo of the night. I’ll never master glamour photos. Silly photos? That I can do. 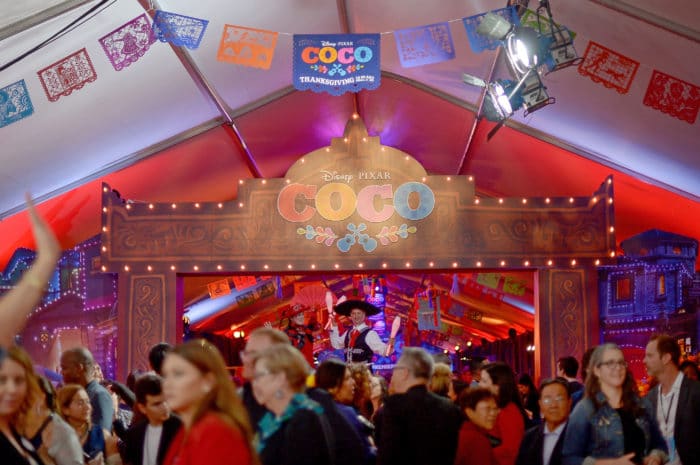 But enough pictures of me. Let’s talk about the party. I’ll confess that I had fairly high hopes for a pretty epic event. You can’t make a movie about Mexico without having an amazing party, right? 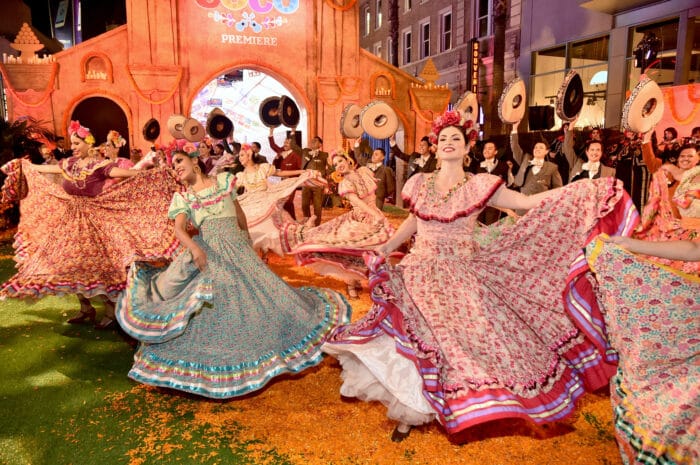 I could hear the mariachi music before we even made it inside. Dancers and musicians were on both ends of the carpet. Inside of the tent I enjoyed amazing food and drinks. Churros? Margaritas? My happy place. 😍 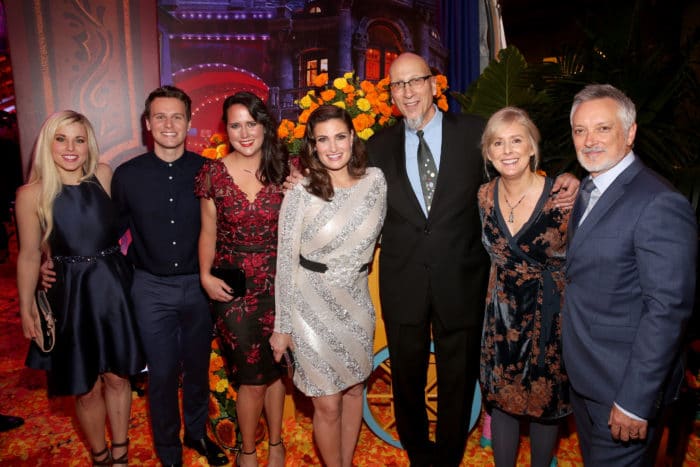 We met the team behind Olaf’s Frozen Adventure earlier in the day, so it was fun to see them on the marigold carpet.

It was an amazing night. And the best part? We got to interview the cast and filmmakers the next day! There’s always such a great energy to the interviews when they’re done the morning after a premiere.

And speaking of those interviews…make sure you stay tuned for all of my #PixarCocoEvent coverage in the coming weeks. I have tons of behind the scenes information to share!

Despite his family’s baffling generations-old ban on music, Miguel (voice of newcomer Anthony Gonzalez) dreams of becoming an accomplished musician like his idol, Ernesto de la Cruz (voice of Benjamin Bratt). Desperate to prove his talent, Miguel finds himself in the stunning and colorful Land of the Dead following a mysterious chain of events. Along the way, he meets charming trickster Hector (voice of Gael García Bernal), and together, they set off on an extraordinary journey to unlock the real story behind Miguel’s family history. Directed by Lee Unkrich (“Toy Story 3”), co-directed by Adrian Molina (story artist “Monsters University”) and produced by Darla K. Anderson (“Toy Story 3”), Disney•Pixar’s “Coco” opens in U.S. theaters on Nov. 22, 2017.